The Belarus IT Industry: One of the Best Talent Hubs in the World

The Belarus IT Industry: One of the Best Talent Hubs in the World

In 2016, Reuters crowned Belarus as the next Silicon Valley. Almost five years and one ongoing global pandemic later, the country still holds the title of the go-to hub for the top offshore talent.

Powered by a deeply technical culture and a tech-friendly business environment, Belarus has quickly become one of the top development hubs in the world. The reasons for this are simple: great public education systems, a long history of technical excellence and a low cost of living.

For Belarus, a country with 9.5 million people, the IT industry has become an important industry that has experienced impressively high growth in the past decade. It now accounts for 5.6% of the country’s GDP and more and more  global companies and entrepreneurs rush to open businesses and development hubs in Belarus. Although this is still early in the process, the Belarusians are doing a terrific job of evolving their very own Silicon Valley.

Software engineers in Belarus strike an impressive balance between cost efficiency and high performance. The average developer in Belarus earns around $20,000 a year, contrasting sharply with the skyrocketing level of compensation for tech talent  in the United States and Western Europe. More importantly, Belarus boasts some of the strongest programmers in the world, as a result of great educational systems and technical roots. Even 50 years ago, Belarus was known for complex manufacturing, radio engineering, electronics and other fields. Nowadays, software engineers carry on this legacy and are receiving global recognition for their technical achievements. Millions of people use products built by Belarusian developers while they keep winning awards.

In this article, we explore the IT industry in Belarus as well as the reasons why local software engineers stand out on the global stage.

The rapid expansion of the Belarus IT industry has been fueled by a special economic zone known as Belarus Hi-Tech Park (“HTP”). HTP was formed in 2006 and creates a favorable operating environment for technology companies. The benefits of HTP have been widely documented, including in this Ernst and Young report, and include:

By the end of 2019, HTP included 751 companies. Most of these companies reside in Minsk, the capital of Belarus, however there is no specific geographic requirement to be considered for the program.

Another important objective of Hi-Tech Park is to support and bring more innovation to technical education. HTP has partnered with major educational institutions to ensure that training of tech talent stays up-to-date in the fast-paced IT world. To achieve this goal, HTP adopted the Stanford model used in Silicon Valley. They opened around 65 laboratories on the ground of Belarusian universities and welcomed students to learn from the best professors in the country.

Belarus became a big technical hub in the 1950s to feed the need for qualified engineers in the Soviet Union. The first computer factory was opened in Minsk along with other significant industrial facilities in machinery, metallurgy, optics and military.

While Western universities were renowned for their liberal arts programs, Belarusian ones have long focused on enhancing technical knowledge and making related professions popular among the public. In the 1970s, for instance, about 45% of all the students were graduates from STEM programs.

With wide access to free great education and many Belarusian engineers known across the globe, the technical skills of the graduates were and remain to be outstanding.

Belarus’s strong technical traditions continue to this day, now powered by many IT university courses and the HTP programs.

Each year the Belarusian universities produce thousands of graduates. Higher education is in demand and free or low-cost for students. The affordability of higher education made Belarus one of the countries with the highest enrollment rate according to the World Bank Enrollment Index (5th place among 81 countries, 2016).

Today, there are 51 universities in the country with more than 70 IT specializations.

In terms of STEM (Science, Technology, Engineering, Mathematics) specializations, students apply for them with increasing frequency. In 2017-2018, 24% (about 70,000 people) of Belarusian students picked a STEM program as their major. The most prominent STEM universities are as follows:

Hundreds of Сourses and Programs

As we’ve already mentioned, HTP supports Belarusian universities to ensure a steady influx of skilled professionals. However, HTP is not the only entity that helps improve the local educational grounding.

World-class companies like Cisco, Nvidia, EPAM and Microsoft host their courses on the ground of the Belarusian institutions. Many IT companies in Belarus cooperate with the education system setting up new disciplines and courses for students. There are programs even for a younger audience like IT summer camps and courses for children as well as IT schools for older adults interested in the industry.

English is the most popular foreign language to learn in Belarus. At schools and in universities, there are enough language subjects to ensure that students know English. The abundance of English courses, programs and tutors prompts adults to get a better command of the language ensuring a much smoother communication with English-speaking countries.

Foreigners from many countries (including the U.S.) can stay in Belarus for 30 days without a visa. The Belarus authorities continue to take steps to transform administrative procedures into smooth online processes.

There are 1,631 IT companies and about 50,000 software engineers in Belarus with the majority of them (60.5% vs. 39.5% in product companies) working for outsourcing companies. Most of their clients (more than 80%) come from Western Europe, Canada and the United States.

However, the Belarusian IT sector isn’t all about outsourcing. There is an unfolding trend for creating native products, and the last three years have been marked by a growing number of product companies and startups.

Belarus is a country full of potential and the IT industry is growing thanks to the bright minds and strong work ethic of the Belarusian people. Long-standing traditions of STEM-focused education, perseverance and determination to do better drive the Belarusians towards high-tech glory with an incredible talent pool waiting — and wanting to be discovered. 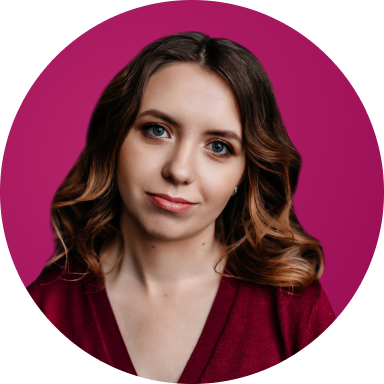 Anastasia is the Content Manager at Satellite, covering technology, effective team building and latest IT news.

How to Attract Tech Talent: 6 Tips For Recruiting a Great Team

To help you find top engineers and win them over, we’ve listed six of our tried-and-true recruiting tips that work well for companies of all sizes.

Everything You Need to Know About Software Development Team Roles

To help you assemble your team, we’ve decided to break down the roles and responsibilities of key team members the fun way by imagining that you’re looking for a ship crew.

In-Depth Comparison of IT Offshoring Options - Projects vs. Dedicated Teams

Thank you for contacting us!

Our managers will contact you shortly. In the meantime, you can send us your additional questions via email hello@satelliteinnovations.io

go back
Oops! Something went wrong while submitting the form.

Develop and scale your amazing software product with Satellite. We help you build a dedicated development team that works as a natural extension of your company.